Long available in rivals such as Google Docs, real-time collaborative editing finally comes to Microsoft Office, along with a handful of other useful improvements.

If Microsoft were to have a motto for the newly debuted Office 2016, it could well be the old coaching adage “There is no ‘I’ in “team.” Released today, the suite offers considerable new collaborative and teamwork features that turn Office from a tool for a single person into one that helps people work together.

If you work by yourself and will use Office as a standalone product, you’ll find far fewer changes from Office 2013. That’s not necessarily a bad thing – Office is already so stacked with features that adding new ones just for the sake of it could harm rather than help its usability.

How successful has Microsoft been in adding collaboration features? And how useful are the handful of non-collaborative features added to the core of Office? That’s what I’ll cover in the rest of this review.But first, a word about availability: Office 365 subscribers can download Office 2016 today as part of their subscriptions by signing into the Office 365 portal and following the instructions to download. Consumers and small business subscribers who don’t download it now will have it automatically updated in October, and enterprise customers will get the automatic updates early next year. Office 2016 can also be bought as a one-time purchase. 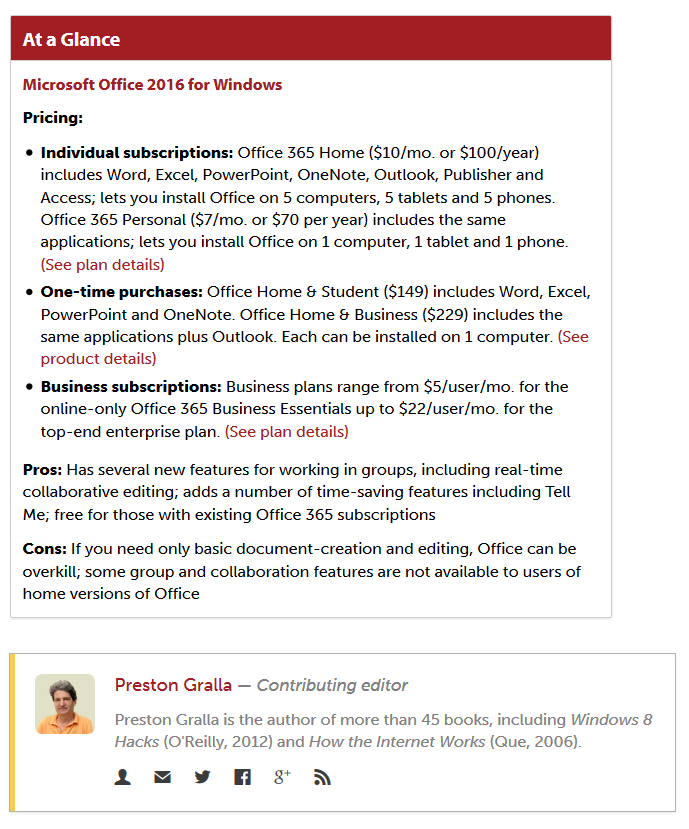