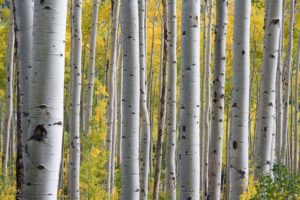 iOS 10 is a huge update to the OS for iPhone, iPad and iPod touch. It comes with over a hundred new features and they are all some excellent ones that Apple has introduced for the first time. But the new release has come with some very weird problems, starting with the bricking of iPhones during the update itself, and then the users are now reporting about the quick battery draining in their devices.

Following are some of the tips and tricks to extend the battery life of your iPhone or iPad running iOS 10. It still depends on the device too, but these all tips are worth trying out.

Check for the battery draining apps

The apps could be the main culprit at times and that doesn’t depend on the OS version at all, but who knows, iOS 10 could have done something to allow apps running the background and some apps that you didn’t want to see functioning in the background, are actually doing that.

Go to Settings > Battery and check which apps are eating up the battery on the device. If you are okay with some apps, ignore, but if you feel like a few are unnecessarily using up the battery, you can stop them.

Apps that use location services

Go to Settings > Privacy > Location Services and there, check for the apps that can use your iPhone’s or iPad’s location to deliver the experience based on that. You might like to see that a few apps are doing that, but there could more other apps as well, for example some food ordering apps or stores that might use the location. Change the setting for the apps individually.

Auto-brightness setting usually eats up some battery because the sensors for that are actively looking for the surrounding brightness to adjust the screen brightness. It is better to have it manually set if you don’t move around much and know how much brightness you would be comfortable with.