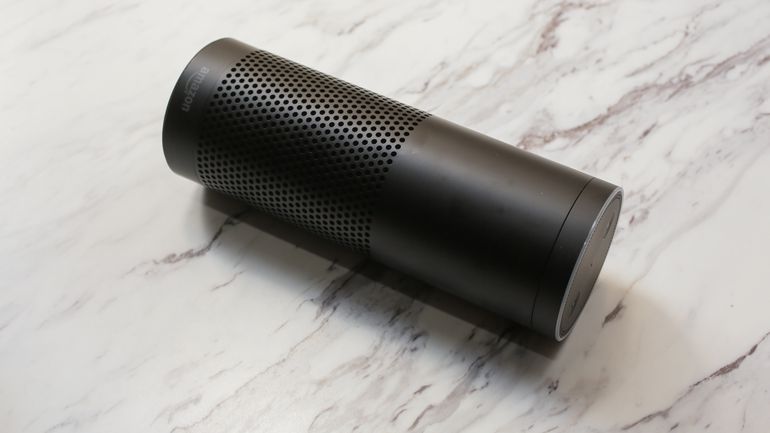 Since introducing the original Amazon Echo in November 2014, Amazon has continued to refresh and expand its lineup of hands-free, voice-enabled speakers. In April, the company introduced the Echo Dot, a smaller version of the Echo, and in September returned with an updated version of the Dot, simultaneously cutting its price almost in half to $50 (or £50).

This new Echo Dot, available in black or white, has a slightly sleeker design than the original, though it comes equipped with the same array of seven microphones and advanced noise-cancelling technology. Amazon says that the new Dot features a more powerful speech processor, which delivers improved far-field speech recognition accuracy. It’s currently available for preorder and scheduled to ship in October. (Read the full preview.)

The original, more expensive Echo can fill a room with sound. The Dot features much of the same functionality as the Echo, just with a less powerful speaker and a line-out plug on the back. In April, also Amazon introduced the $130 Echo Tap. Because it runs on a battery, you need to hit a button to initiate interactions; it’s less convenient than the always-listening Echo and Dot, but it’s also portable. And once you do push the button, you can issue voice commands to Alexa, play music from your phone or stream it over Wi-Fi, check the weather or news, and issue commands to control your smart home.

Amazon’s smart speaker was arguably the breakout product of 2015. Now, for 2016, we’re giving it a fresh review.